Students at Broomehill Primary School in regional WA have taken it on themselves to do something for farmers in need – their ‘Fight for Farmers’ Day’ was an inspired effort to raised funds and awareness for the AFFF.

Broomehill Primary is a small school in Broomehill Village, a predominantly farming community located 22km South of Katanning and 150km North of Albany in the Great Southern district of Western Australia.

On the 9th of April 2019, the students of Broomehill Primary held a “Fight for Farmers Day”, during which students dressed up in their best farmer attire and each made a gold coin contribution towards supporting the Australian Farmers’ Fighting Fund.

Students managed to raise significant awareness for the AFFF and the cause of helping farmers’ in need, as well as a financial contribution of $95.

The school caters for kindergarten up to year 6 and currently accommodates 49 students across all year levels. Taking great pride in their strong academic record, Broomehill Primary places a strong emphasis on values foundered on the word RESPECT: Responsibility, Engagement, Self-Esteem, Pride, Enterprise, Compassion, and Tolerance.

It was decided at one of the student leaders’ regular meeting that the students would like to do something to assist farmers struggling with drought, and so the idea for Fight for Farmers Day was born.

The school and community are very proud of the students’ efforts, initiative and high standards of civic virtue. 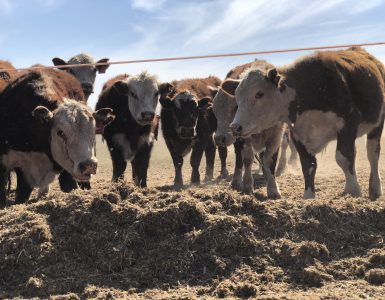 The National Farmers’ Federation (NFF) was this week successful in its application to intervene in the matter Fair Work Ombudsman v Hu & Ors (Marland Mushrooms). The basis for the NFF’s intervention is to ensure...